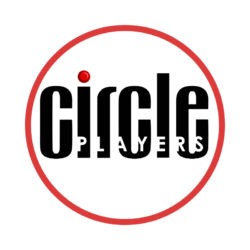 The search for Circle’s new home continues! Please contact us if you’d like to take part in Circle’s reopening efforts.

We look forward to starting anew in the upcoming year. We plan to bring the same Circle spirit to a new home, local to our former Piscataway theatre space. As we enter our 70th year, we look forward to continuing to present engaging and thought-provoking theatre in an intimate setting. Whether it’s a show you’ve never seen before, or a show as you’ve never seen it, Circle Players aspires to draw you into the conversation.

Some Upcoming Events Are...

When Jeff, a luckless young security guard, is drawn into a local murder investigation, he and his tightly wound supervisor become embroiled in an unexpected family fiasco, and two local beat cops end up divided by their own romantic and political allegiances.

Dr. Frederic Treves discovers John Merrick, who has been born with a congenital disorder, working in a London sideshow to earn a living as the “The Elephant Man.” When Treves brings Merrick into his home, he discovers that that Merrick’s rough exterior hides a refined soul, and that Merrick can teach the British upper class a lesson about dignity.

See our full calendar of events.