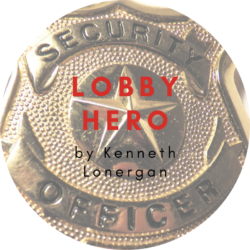 When Jeff, a luckless young security guard, is drawn into a local murder investigation, he and his tightly wound supervisor become embroiled in an unexpected family fiasco, and two local beat cops end up divided by their own romantic and political allegiances.

Lobby Hero will be rescheduled as part of our next season.