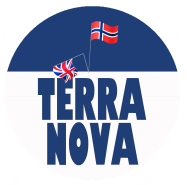 An extraordinarily inventive play drawn from the journals and letters found on the frozen body of Captain Scott, the leader of the failed British expedition to be first to the South Pole. Scenes of the explorer and his men at various stages of their ordeal, blend with flashbacks and with fateful glimpses of their successful Norwegian rivals.