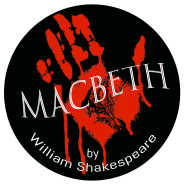 Shakespeare’s classic tale of a brave and loyal general who receives a prophecy that he will become king. Consumed by ambition, Macbeth murders the King and takes the throne, but is wracked with guilt and paranoia that spurs his downfall.